Is Half the Population of England and Wales Really Single? 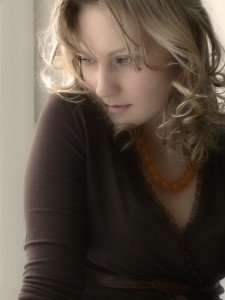 Is Half the Population of England and Wales Really Single?

Data released by the Office of National Statistics (ONS) claims roughly 51 percent of citizens from Wales and England is single.  Experts suggest the ratio of married and single people across the area varies including Northern Ireland and Scotland.  This study is unusual as it shows for the first time the potential number of single individuals in regards to the nation’s population.

In 2011, the information for this study was collected and results were released earlier this year. The study even had an interactive map created that shows areas with the highest number of singles.  Anyone who is single may find this tool really amazing.

Technology has really played an interesting factor in the development of such a great tool that may help people find their soulmate.  The tool offers insight on where to go in areas such as north London. If you want to reduce the risk of hooking up with someone who is married, the tool guides you to the direction where you can connect with someone more compatible, while meeting your expectations. A quarter of adults in north London, for example, are married.

Singles have a great chance of meeting other singles in areas such as Nottingham, London, Brighton and Manchester.  These areas are just a few of the top 10 areas with the most single individuals.  Yet, the study has raised another question: Is it true literally half the population of people over age 16 in Wales and England are considered single?

This may seem like a high probability but this is due to the idea of what a person may consider the definition of “single” really is.  You may not be in a relationship, but at the same time you could be (or not) seeing someone. If you are living with a partner but you are not married you could be considered single, according to statisticians who completed the study.

ONS conducted another study recently that looked into households.  During 2014, close to 27 million households throughout the United Kingdom were reviewed with 28 percent claiming to have just one person that made up the household. Roughly 3 million had at least one child and one parent. The one parent was seen as a single person. Yet, you have another 3 million people counted that were cohabiting and counted as single individuals.

The study shows a household can be defined as almost anything from a single person to a full size family or just a group of friends that live together. The study conducted did not included same-sex couples since they recently became allowed to be in the UK last year.  People considered in civil partnership during the 2011 census were not counted as single individuals.

The study concluded that in 2012 roughly 12 percent of 6 million people cohabiting in UK were over age 16.  Meaning, much of these people were considered single.  This is considered the fastest type of family growth in UK since 1996 with a 6.5 percent increase. The overall rate is considered over 50 percent if you could people who have never married, widowed, divorced and consider themselves single. The figure would be under 40 percent if you leave out cohabitating couples.

This entry was posted in News and tagged research, single. Bookmark the permalink.