The Impact Of Age Difference In Relationships

The Impact Of Age Difference In Relationships 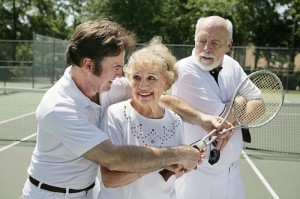 In life, we all need someone to love and be with. We all need someone that we can share things with, someone who will love us back and accept us for who and what we are. Sometimes, the person that you meet may not be in the same league as you in terms of age, you may be significantly younger than them or you may be significantly older than them. What we do know for sure is that some relationships of this nature have lasted, but there are definitely some lessons to be learned from that.
In relationships where the two people are apart in their ages by 10 years and over, they may have issues with the different interests that they have individually. If you are dating someone much younger than you, you may notice that you might not have the same zeal that they have when it comes to going out and having fun. You might prefer to be home, and they may want to be out there socializing, because everyone needs that experience. If you find that they are home a lot, because you are choosing to be home, it is almost like they are being robbed of that experience. In later years they may regret having not been out there enough.
If you find that you are going with them to wherever they want to hang out, you will notice that you might be a bit bored because it will feel like doing what you have done already, all over again.
A couple can always reach some sort of compromise though, where both parties get to do what they want. They can also include each other in doing the things that they enjoy, and in the end, they will all be able to be themselves while they spend time with each other.
In a situation where the age gap is so great and they fail to come to a compromise about the situation, this will definitely put strain in the marriage. Women tend to mature faster than men, and in a union that is based not purely on age but on their goals and maturity levels, that union has a better chance to survive.
Sex can also pose challenges in a union that has a huge age gap. It is a well known fact that men are social beings, more so than the women. If a very young man gets involved with an older woman whose hormones are all over the place and there are issues with menopause, that relationship could run into sexual problems, because the guy wants to have sex a whole lot and the woman is quite happy to have it now and again.
Unions where the age gap is vast have been attempted and some people have had a lot of success with them. Older people are normally more accomplished, and the younger people who get involved with them know what they are getting into. They can work, even though you will be adding more issues than those that a “normal” relationship brings to the table. As long as the maturity levels of both parties are around the same level, these unions can work.
This entry was posted in Relationship and tagged age differences in relationship, dating older men, dating older women. Bookmark the permalink.