Call Me vs. I Will Be Online – When Do You Give Your Phone Number 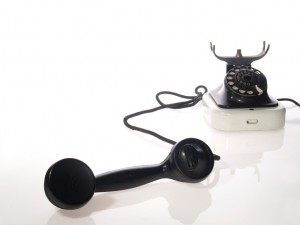 A study conducted by mobile phone companies and published in the Scientific Reports journal revealed that in long term relationships and marriages men call their partners more than any other person within the first 7 years of relationship while women do so up to the moment when they have children and then start calling the kids more than their husbands. This says plenty of things about experienced couples, but when it comes to setting the foundations of a commitment, particularly starting with online dating, phone chat raises various controversies.

Should you compare it with offline dating?

The main question is: when would it be the right moment to give out your phone number to someone you have only been interacting with on internet dating websites? Some claim that there is actually no difference in between doing it online and offline, like when you are in a bar, meet someone you flirt with for a couple of hours or even less and end up exchanging numbers.

However, picturing yourself in the above suggested scenario, can you tell that someone you are attracted to “You can find me here tomorrow at the same hour?”. Nothing stops you from doing so, only that the odds for the meeting to repeat as suggested are less likely than they are in terms of virtual dates.

Otherwise said, quickly exchanging phone numbers in real life not necessarily happens because we had all the information we need to convince ourselves on how that person is, but rather because we are forced by circumstances and we do not want to miss the chance. As dating over the internet buys us some extra time, rushing to make this step is not advisable.

Postpone making such personal information public during your first virtual encounters or at least consider the following advices:

-give your phone number only when you are confident about it and just to persons you are really into, not for the sake of conversation, but for extending your horizons and taking a promising interaction to the next level

-begin by using a phone card for this particular purpose, do not give the number you use with family, friends and coworkers to someone you met online before you switch things from online to offline and convince yourself it worth

-try to replace phone interactions at first with online video calls so that you can see and hear each other; body language and eye contact can help you even more in gaining confidence and will prove your date that you are serious about it and that you do not refuse exchanging numbers because you are bad intentioned, but rather cautious

As you may have already concluded for yourself, there is actually no perfect timing for making this step, but only things to consider and that would make you comfortable and less reluctant. It also depends on your previous experience, expectations and capacity of handling out-of-pattern situations. As a rule, later is better than sooner.

This entry was posted in Dating and tagged exchange phone numbers, online dating. Bookmark the permalink.