Rules For Women – What Men Think About Online Dating 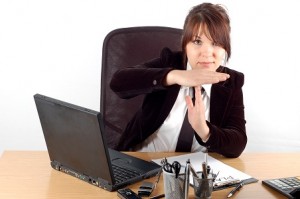 As we have already approached the issue of women and online dating to give men a hint of the things that the opposite sex most despises about their attitude, it is fair to now turn our attention towards women and help them make fewer mistakes. Below presented would be some examples of what men find really annoying about women and their internet dating attitude.

Denying the reason why you are there

We got used to read all sorts of funny dictionaries indicating vocabulary differences between women and men. With men it was every time just the same – they always say what they mean. Women on the other hand seem to have a talent in giving different meanings to simple things and guys are annoyed that they prefer declaring they are dating online just for a dare or just for fun when, in fact, they really hope to find at least a virtual romance.

So just be honest and tell the real reason of why are you there. Instead of acting shocked if one would tell you he just wants to have sex with you – because men can come as clean very often – send back a sincere answer.

Is there such thing as kind negativity? One of the best examples is when a woman posts on her profile something like “I am looking solely for serious people, I am not interested in wasting time with endless messages that take us nowhere or with men looking to get laid. If you are one of them, do not waste my time or your time. Thank you and please read on if you do not correspond to the criteria.”

It may come from past sentimental disappointments and represents, in a way, her method of protecting from men she is not interested into. However, all men can feel offended and interpret it as negativity combined with arrogance. After all, we all have our criteria when choosing a partner, only that presenting them so aggressive and falsely condescending is not helping.

It does not have to represent all women, but the thing is that many have the tendency of planning their wedding day even after a first successful real date. Men on the other hand expect to keep their options until they decide to make it official. So women becoming jealous because their dates continued going out with some other women in the meantime or kept being active on the website where they have met is a big turn off.

Men generally prefer for women to be realistic and honest, to just take the things as they come, to give it a try and only later to start making plans and being possessive. While it is true that we act differently, we can still make some compromises. Most important, we must never forget that there is a long way from the first virtual encounters to the thrilling dates letting you know that a relationship could start from there.