The Beauty And The Wimp As A Perfect Match In Difficult Times? 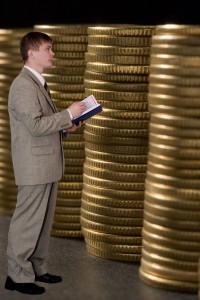 While it is said that women’s tendency of falling for men that rescue them in difficult times is written in their DNA, a new and surprising study makes us all think the problem all over again. After all, it appears that, when things get rough, women are more likely to settle for a gentler men, the wimpier type, turning their backs to the rich and dominant men they would have fall head over heels for in any other circumstance.

With Fay Julal, a psychologist activating at the Southampton Solent University of England, leading the research, the initiative was taken during a perfect socio-economical period: the global economic crisis. A little offensive to assume that women will chose, in terms of adult dating, rich and wealthy men to bring them comfort and safety in a troubled economy, 160 different singles were subjected to a test in this direction.

Prior to the testing itself, the candidates were subjected to a special language test containing plenty of “bankruptcy” related words designed to make them worried about the recession and their financial situation. After that, all of them were invited to surf some online dating websites and analyze the profiles of various men, profiles specifically prepared for this study. Without knowing that most of them were fictitious filled in terms of dominance level and earning potential, women had to decide which of those single men represented the best marriage material to them and who would they simply like to date.

While it was no surprise for women to chose handsome macho men for casual dating, flings or anything else that involved having fun, their preference for wimps as potential husbands actually shocked.

Choosing online dating websites for this purpose was justified as they represented the most accessible way of allowing women evaluate men they would like to date but also offering support for stressing all the individual features of those men that the researchers were interested into.

The reason why the results proved such a discrepancy in terms of no strings attached, casual dating and long term commitments was provided by the women attending to the study alone. According to them, submissive men are reliable, do not have the initiative in taking risks or commands and they also get satisfied by simply accomplishing what they are told to do. All these are supposed to bring comfort to women and less challenges or fears than those that a dominant and hard to control or to keep-at-home man would bring them.

All these can be either interpreted as good or bad news, depending on who receives them. After all, it seems that good looking men who finger play their money and live on high stakes are not fashionable these days and those that were less fortunate with women so far are living their times of glory. And still, it is the duty of every women currently looking for a date on online dating websites to confirm or infirm this theory.

This entry was posted in Dating and tagged Dating, online dating, women and rich men. Bookmark the permalink.